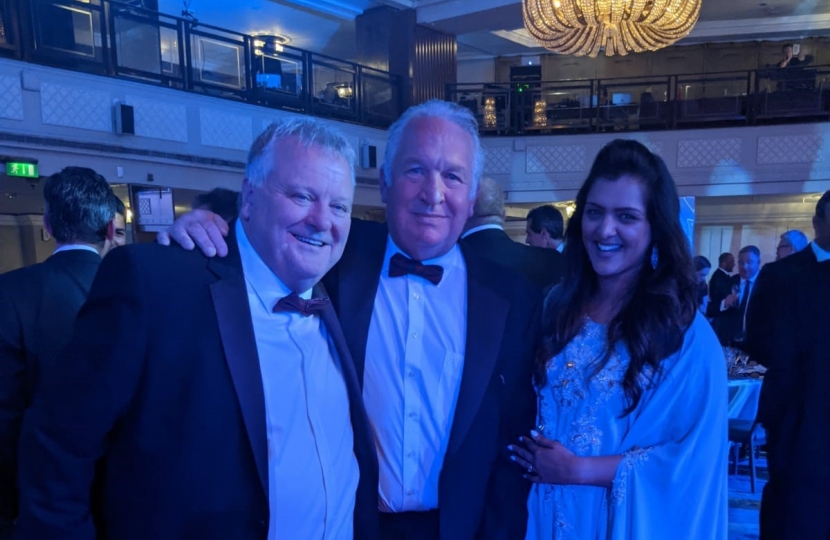 Shadow Minister of Transport, Natasha Asghar, has taken the opportunity presented by being invited to attend the Road Haulage Association’s Motor Transport Awards to discuss how to Wales can play its part in addressing the shortage of HGV drivers.

The Awards Ceremony was held at the Grosvenor House Hotel in London,

The Motor Transport Awards are all about recognising excellence and while 2020 was a difficult year it made it even more important to reflect the efforts and achievements of the people who made sure the UK was kept going through the crisis.

“The current shortage of 70,000 HGV drivers has clearly demonstrated that logistics is the lifeblood of the economy and I was eager to discuss ways of addressing the shortage with major players in the road haulage industry.”

“Freight services provide us with literally everything from the food we eat, to the clothes we wear to the goods order off the Internet. If the gap isn't filled soon there will be a lot more than empty shelves at Christmas and action must be taken sooner rather than later.“

“The pandemic and subsequent lockdowns across the UK resulted in the loss of months of driver training and the cancellation of 28,000 HGV driver tests.”

“This has undermined efforts to grow the pool of 300,000 qualified lorry drivers in the UK that is needed urgently, as a third of those drivers are over 55 and heading for retirement.”

“Sensible short and long term solutions must be found to tackle the driver shortage working in a sustainable way to recruit and train homegrown workforce so that the UK reliance on foreign labour lessons over time.”

“The majority of operators I met said they would like people with a driving licence to be able to directly apply for a HG1 licence. Out of all applicants 20% fail the test. The hauliers are willing to train up new drivers and take responsibility to ensure they have jobs at the end of it. But there needs to be some leeway. It will fill the gap and make life easier.”

“Services for drivers are in urgent need of improvement so Government's all across the UK need to provide better washing and toilet facilities and areas where drivers can sleep when they are doing shifts.”

“The Road Haulage Association has proposed an SME focussed HGV Driver Training Scheme which would be a shorter, tighter scheme than the main apprenticeship schemes and would deliver skilled, qualified drivers more quickly.”

“I intend to raise these issues in the Government’s in both Cardiff and Westminster. We need urgent action to address this problem.”